Dedicated to the Founders of the Marianists

Founders’ Week is a celebration of the three founders of the Marianist Family, namely, Father Chaminade, Mother Adèle, and Marie Thérèse. The week-long celebration will include moments of fun, prayer, opportunities to come together in worship, and a opportunity to give back.

Our Lady of Nazareth School 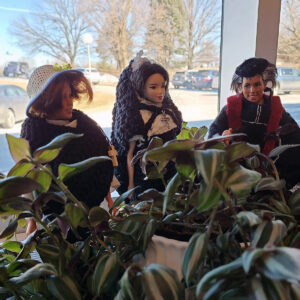 History of the Founders

William Joseph Chaminade was born on April 8, 1761, in Périgueux, France. He was the 14th of 15 children in the family of Blaise Chaminade and Catherine Béthon.

Early in his life, William knew he wanted to consecrate his life to God; he was ordained as a diocesan priest in 1785.

Due to the French Revolution, in 1797, in fear for his life, Chaminade was driven into exile in Saragossa, Spain. There he prayed daily at the shrine of Our Lady of the Pillar, continuing a devotion to the Blessed Mother that was formed in the earliest days of his childhood. During this time in exile, Chaminade conceived of a plan that would sculpt the rest of his life.

When he was able to return to France in 1800, Fr. Chaminade began implementing his vision. He formed small faith communities called sodalities. In a country where there had been no religious instruction for a decade, he believed this would be the most effective way to reignite Christianity.

Later, Fr. Chaminade joined forces with Marie Thérèse Charlotte de Lamourous, an intelligent, brave woman who had served in the underground Church during the French revolution. In partnership with Fr. Chaminade, Marie Thérèse helped form and guide the women’s sections of the sodalities.

Through friends, Fr. Chaminade came into contact with a young woman named Adèle de Batz de Trenquelléon. Like Chaminade, Adèle was committed to the “mission of Mary.” In 1816, with support from Chaminade, Adèle founded the Filles de Marie Immaculée, the Daughters of Mary Immaculate, commonly known as the Marianist Sisters.

Just a year later, a group of male sodalists came to Chaminade with the goal of forming a religious institute under his direction. On October 2, 1817, these faithful men formed the Society of Mary. Like the Marianist Sisters, this congregation was pledged to carrying out Mary’s apostolic mission in the world.

In the ensuing decades, Fr. Chaminade’s goal of continuing the “mission of Mary” has endured. Today the Marianist Family – brothers, priests, sisters and lay people – continue this mission in more than 30 countries.

We celebrate the founders this week!