You are here: About Alumni Distinguished Alumni Award

Our Alumni Are Amazing!

The Distinguished Alumni Award was established to recognize Gross Catholic graduates that have continued to promote our school spirit and demonstrate dedication to our motto, Dux Esto. The presentation of this award is held every year during halftime of the homecoming football game.

Gross Catholic is proud of the success and accomplishments of so many graduates. It is a privilege to recognize those alumni who have excelled in their respective careers or service to others, with this prestigious award. 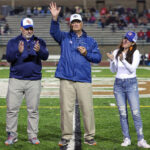 Mike Filipowicz better known as Coach Flip, Flipper or just Flip graduated from Gross Catholic in 1973. During his high school years he played baseball, basketball and golf. After graduation he worked for several different appliance parts companies. Mike then realized that he had a passion to work with kids, went back to college at UNO and earned his bachelor’s degree in 1999. He taught at Walnut Creek Elementary in Papillion for 20 years, before he retired in 2020.

Mike and his wife Michele (Morin) class of 1972, have been married for over 30 years. They have five children between the two of them. Mike and Michele have supported Gross Catholic in many ways, including volunteering to co-chair our CeleBration event in 2019.

Mike has coached both football and baseball for the Cougars. He capped a 31 year coaching career for the baseball program in 2020. During his time as head coach, his team earned the Class A State Legion Championship in 2003 and two Class B State Championships in 2009 and 2010 and ended his career with more than 1200 baseball victories.

Mike was also instrumental in helping the Cougars win the 2012 State Football Title and has served as both a defensive coordinator and a linebacker coach for 20+ years. He still serves as a linebackers coach for Gross Catholic. A fellow coach stated,

“Flip is one of those people you never forget. Not only because he bleeds orange and blue, but because he has touched the lives of so many kids throughout his coaching and teaching career. His pregame speeches before each game were filled with motivation and playing for the “G” on the helmet.”

Mike and his wife Michele (Morin) ’72 have been longtime supporters of Gross Catholic and volunteered as co-chairs for CeleBration in 2019.

Thank you for your time and commitment to Gross Catholic Coach Flip! 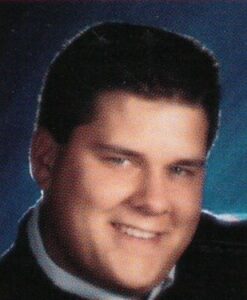 Scott has bled “Orange and Blue” since his days at Gross Catholic. He has exemplified the “Dux Esto” motto by volunteering his time at many Gross Catholic events. For the past 8 years he, along with his family, have chaired the Cougar Classic Golf Tournament. Scott takes this roll seriously and has increased revenue raised by recruiting the maximum amount of golfers allowed at the event. The money raised directly impacts the students of Gross Catholic in many ways. The morning of the Cougar Classic he also enjoys showing pride in his alma mater by painting the famous “G” logo, on a hill, at the golf course.

Additionally, Scott, along with the rest of the “G Crew”, volunteer hours of their time preparing the softball field every fall season. He is always in the stands at sporting events cheering on his children and fellow Cougars. He is truly proud to be a part of the Cougar Community. 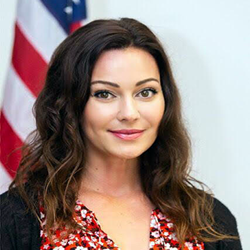 Jessica Slattery is a U.S. Diplomat with the Department of State. She is currently posted in Paris, France where she works in the environment, science, technology and health office covering climate and energy as well as the global pandemic. Before France, she served in several other locations, including Haiti, Washington, D.C, Belgium, Bangladesh, and a brief assignment in Nepal.

Ms. Slattery joined the State Department under the selective Presidential Management Fellows program after working as an attorney and public policy advocate in Minnesota. Ms. Slattery holds a Juris Doctorate from the University of St. Thomas in Minnesota as well as dual Masters Degrees in International Relations and European History. She is the recipient of the State Department’s Superior Honor Award and three Meritorious Honor Awards for her work on human rights and assisting American citizens overseas. She has language skills in French and Haitian Creole and has studied Russian, Polish, and Estonian. Ms. Slattery teaches yoga, and, as a former Cougar and a college volleyball player, enjoys a good game of beach volleyball every now and again. She has also returned to her alma mater, on several occasions, to educate current students on US diplomacy and her work around the world.

Jessica states “My personal and professional mission, both in my work and in my life, is to use the values-based education and opportunities entrusted to me, including my Gross Catholic education, to improve the lives of others and protect the environment we live in.”

Expounding on her role as a diplomat, Slattery explains, “Diplomacy is the method–some might say the art–of managing relations between and among nations. Diplomats are translators of the world to the United States and of the United States to the world. It’s an enormous responsibility and generally behind the scenes, out of sight, and out of mind. Some have compared diplomacy to gardening–getting the weeds out when they are small and cultivating fertile ground. In other words, preventative care, and a tool of first resort, working to forestall conflicts and quietly build partnerships or limit adversaries. Then, when a crisis arises we have a solid base from which to work to advance U.S. interests and ensure peace and prosperity at home. The U.S. Diplomatic Corps is filled with honorable, committed, and patriotic Americans with a nuanced grasp of history and culture and a strong foundation of values and integrity, like the foundation I received at Gross Catholic High School. My personal and professional mission, both in my work and in my life, is to use this foundation to improve the lives of others and protect the environment we live in.”

Since leaving Gross High School in 1990, Lisa attended the College of St. Mary and graduated in 1994 with Bachelor degree in Business Administration. Lisa spent 5 years in Kansas City as a commodity trader. She returned to Omaha about 15 years ago and met her husband Mike. Mike and Lisa have two children Shea (pronounced Shay) and Colton and their family currently resides in Elkhorn.

When her son Colton was diagnosed with autism at age 3, Lisa became very involved with Autism Action Partnership. Lisa was heavily involved in the Legislative Bill 254, which mandates insurance coverage of intensive autism treatment. Lisa has served on the guild for the past 9 years and also is a past guild president. She spends her time raising money for the “Circle of Friends” program and the PACE program which helps individuals with autism gain permanent employment. She also often meets with parents of newly diagnosed children. Lisa and her husband Mike are this year’s recipients of the “Help is Hope” award. The “Help is Hope” Award honors those whose unselfish commitment to the cause of autism advances programs and much needed resources for families and individuals.

In 2016, some of Lisa’s best friends lost their son tragically in a drowning accident. Lisa is a strong supporter and is involved in the Aspen Drake Seemann Foundation which directly aids local area first responders and hospitals and medical centers to benefit children and families who are dealing with a tragedy, loss or personal illness.

When Lisa is not volunteering her time at the organizations near to her heart, she enjoys working out, traveling and spending time with her friends and family.

The class of 1972 experienced a school where boys and girls were taught in separate classrooms, the uniform included blazers and plaids and the vending machine dispensed the world’s best ice cream sandwich. While many things have changed at Gross Catholic through the years, one thing remains the same… Cougar Family Spirit.

This class chose our Cougar Mascot, school colors and collaborated with the Marianist Brothers to write the Fight Song. Their first football game was against Boys town and nearly the entire school attended the game. The class of 1972 was filled with athletes that helped bring home awards, including 7th in state for Golf, 2nd in state for Football and Baseball State Champions. When not competing in sports, the homerooms played games against each other, in hopes to claim the coveted spirit banner.

To honor our first graduating class, a plaque acknowledging this award will be displayed next to their class composite in the entrance of the school.

Dan graduated from Gross Catholic in 1980 as the oldest of five family members to attend school here. While in high school, Dan was a member of National Honor Society and lettered in track and cross country. He worked at Bakers Supermarket to help pay his high school tuition and continued to pay his way through college at the University of Nebraska at Omaha. Dan graduated from UNO in 1985 with a Bachelor of Science degree in Criminal Justice. He began working for Omaha Police Department in 1985 and proudly served the citizens of Omaha as a police officer for 23 years. Dan is now employed by the Funeral Escort Service of Omaha.

Dan had been married to his wife Kris for 29 years and has been blessed with three children—Jake, Olivia, and Eden—all graduates of Gross Catholic.

He is a member of Sts. Peter and Paul Parish and has faithfully served the parish as a trustee, and as a member of the Parish Pastoral Council, Principal Advisory Board, Festival Committee, and St. Vincent de Paul Society. Dan is also a member of the South Omaha Knights of Columbus – Council 3019.

An active member of the Gross Catholic community, Dan served seven years on the School Advisory Board, nine years on the Recruitment Committee, the first Trivia Night committee, several class reunion planning committees, and is a lifetime member of the new Gross Catholic Booster Club. Dan can be counted upon to lead the “Cougar Fight Song” at every wedding he attends and every chance he gets.

Dan is extremely honored to receive this alumni award and is grateful for his education at Gross Catholic and for the excellent education his children also received. He feels that Gross Catholic taught him that the importance of living the Gospel is through humble service to others.

The Gross Catholic community is very proud of Dan and very grateful to him for keeping the Cougar spirit alive. He truly embodies the meaning of Gross Catholic’s motto, Dux Esto.

Fr. Mike is grateful for the great educational and faith foundation he received at Gross Catholic High School and for the challenge that was always put before him at Gross Catholic: Dux Esto – Be a leader!

After graduating in 1978, Jane headed to Creighton University. She felt well prepared for the rigors of academic life at the University. Jane majored in Chemistry and then headed to medical school at Creighton. She married Bob Stutzman in 1983 and had 3 children while in residency and early in her career. Michael, Anne and Mary all attended and graduated from Gross Catholic.

Jane has been in practice for 30 years and currently serves south and midtown Omaha. She loves caring for so many families connected to Gross Catholic. Jane is also very involved in the American Academy of Pediatrics AAP serving on the Section of Infectious Diseases executive committee and edits their newsletter. Locally, she has been involved in the Nebraska Chapter of the AAP as an executive member and president.

In her spare time, she loves to cook and garden. Jane and her husband also enjoy traveling and exploring new places. 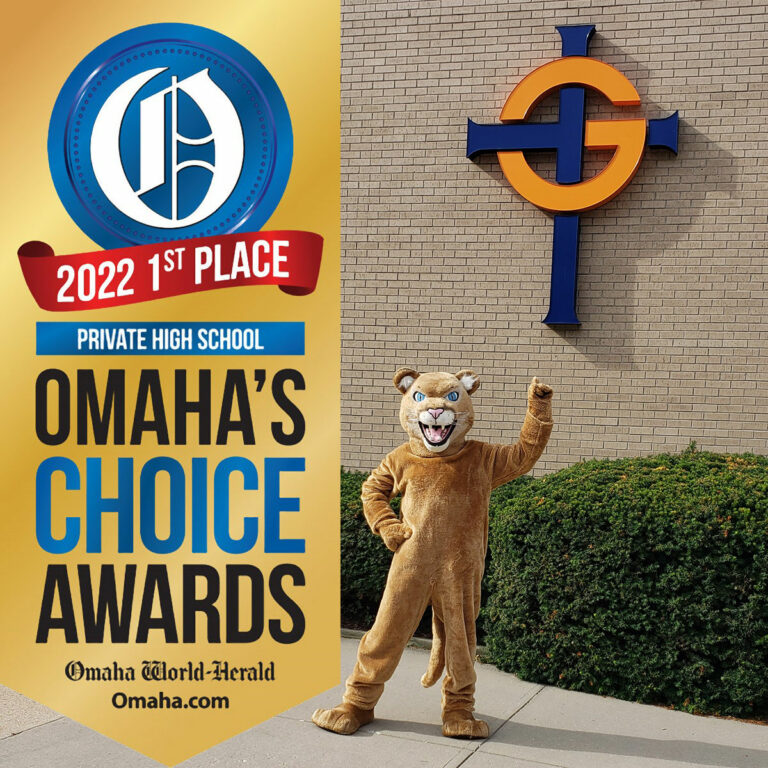 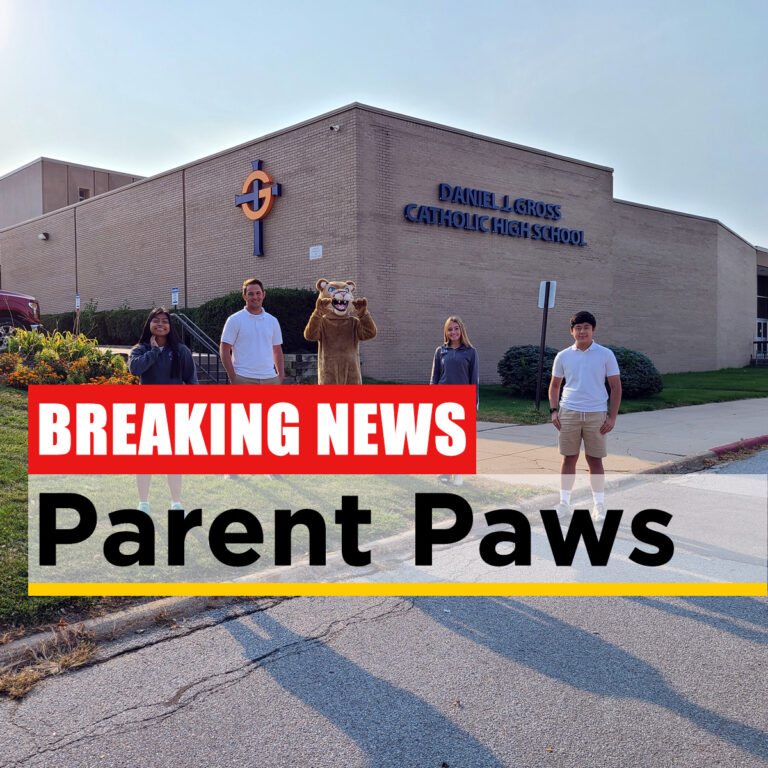 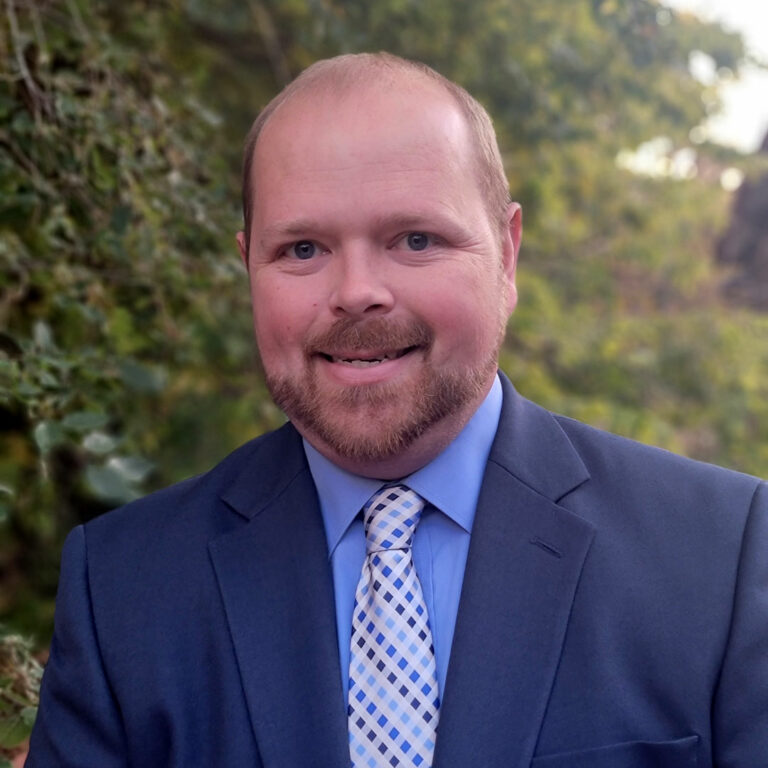